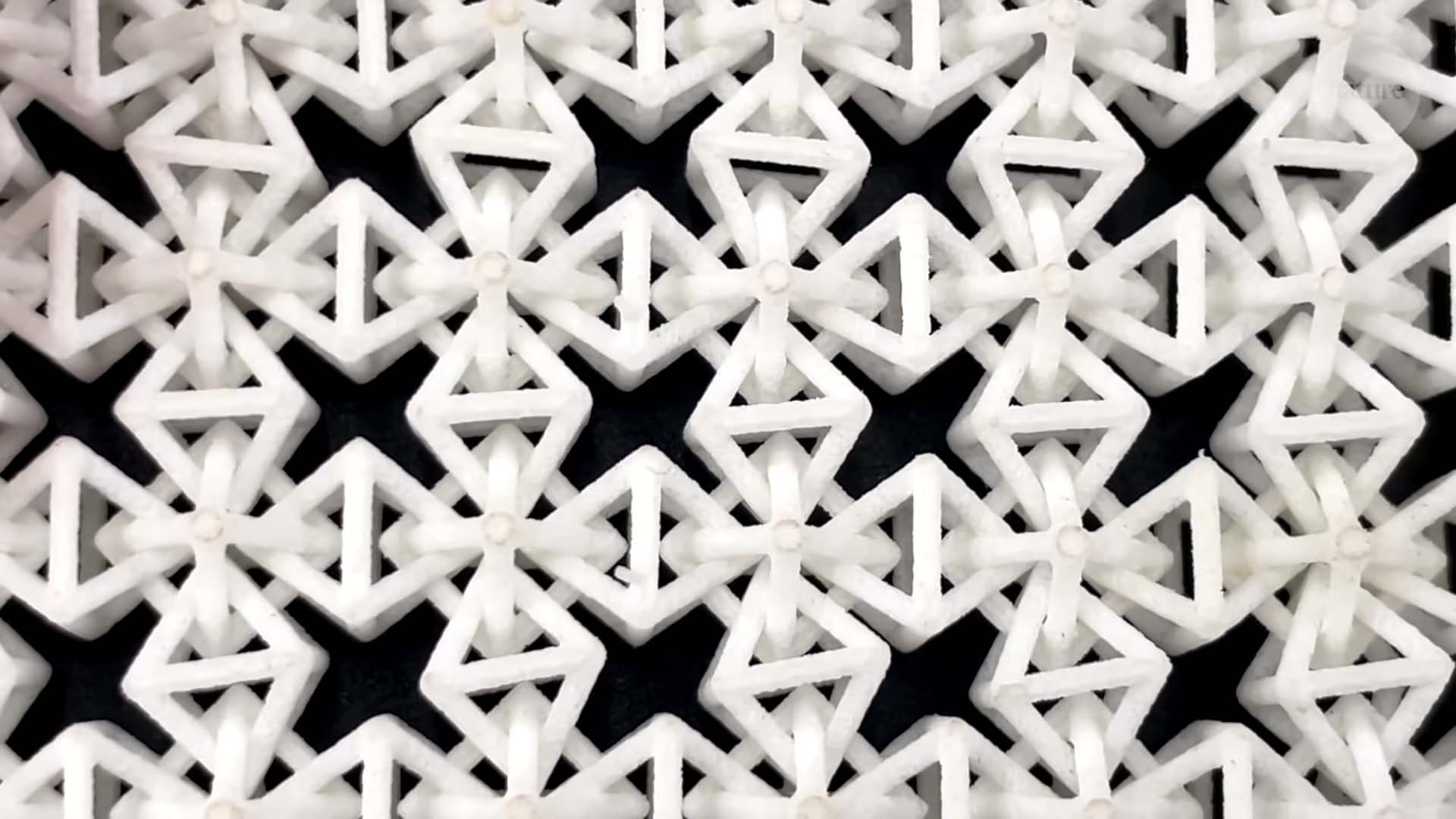 Structured fabrics, in some ways, have been around for hundreds of years. Medieval chain mail is a type of armour consisting of small metal rings linked together in a pattern to form a mesh. It was generally in common military use between the 3rd century BC and the 16th century AD in Europe, and longer in Asia and North Africa. Though at first glance it may appear primitive in nature, the shapes of the metallic rings, their interlocking mechanism, etc were well researched during its time in order to optimise the weight of the armour and the protection it would provide to the warriors. The impact load transfer characteristics of some of the designs have inspired many innovations around us today.

Today, Structured Fabrics are obviously much more advanced, from their designs to the way they are manufactured. The series of interlocking shapes could be considered a new kind of material. The shapes and the interlocking mechanisms can now be designed by AI-aided software systems, which, when fed with various parameters, would result in the optimal shape for those specific requirements. And since these AI-generated shapes could be quite complex, traditional means may not be feasible to produce them at scale. 3D printers, however, do not face any such limitations in theory. When arranged in a 2D grid, these “Fabrics” can be adjusted or tuned to be foldable/flexible or stiff/rigid. Smart Fabrics such as Structured Fabrics would be classified as mechanically tuned, while we also have those that are electromagnetically tuned.

These could play a vital role in the future of medical wearable devices, such as exoskeletons or assistive support braces, etc. A common example to understand how they work is using coffee grains. When Coffee grains are loosely placed in a container, they have “fluidity”, or the ability to flow and take shape of the container. However, if we place coffee grains in a vacuum-tight plastic bag, the particles interlock amongst themselves forming a much more rigid structure. The fact that these particles could be as small as our production techniques could allow us, would mean that we could have very finely built fabrics that serve very precise needs. However, these particles could also be massive in scale, which would facilitate infrastructural deployments, such as bridges, earthquake protection mechanisms for buildings, emergency shelters, and the like.

An area to explore would be, when these 2D grids are converted into 3D grids. We would now have tunable properties for volumetric shapes. With some form of particle polarisation, the shapes could be designed in such a way that would de-necessitate the need for varying tightness or the compactness of the particles, but alternatively, the positioning and the orientation of the particles could be tuned to vary its rigidity. The polarisation could be mechanical, magnetic, material-based, a factor of weight distribution, etc.

The applications for these would augment the scope of Structured Materials in general. From suspended or suspension type mechanisms for automotive or infrastructural purposes, to robotics, or potentially even forms of energy storage, where a certain state would have high potential energy that could be released in a controlled manner as per the requirements. Further ideation should also be done in bringing Structured Fabrics and Complaint mechanisms together.