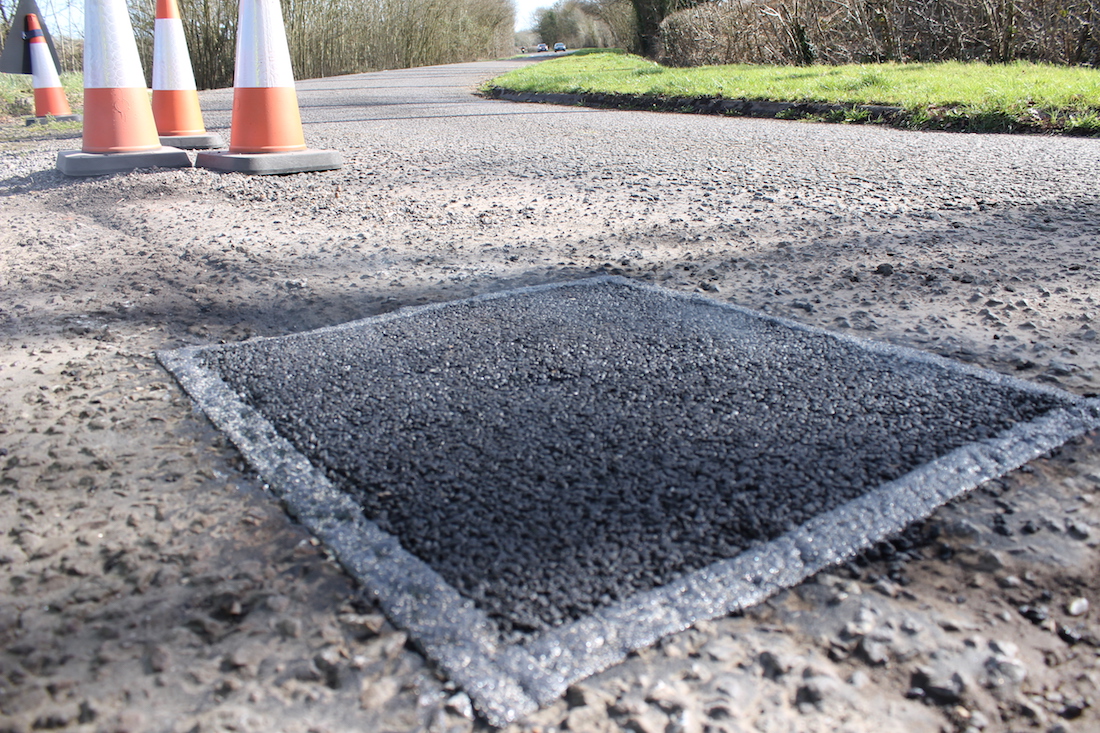 Researchers from University College London (UCL) have created an asphalt 3D printer designed to repair cracks and potholes in roads.

“The material properties of 3D printed asphalt are tunable, and combined with the flexibility and efficiency of the printing platform, this technique offers a compelling new design approach to the maintenance of infrastructure,” the researchers stated in a paper entitled “3D Printing of Asphalt and its effect on Mechanical Properties.”

95% of UK roads are paved with asphalt (bitumen) composites. Due to its robust, repairable, and also acoustic properties, asphalt is used to create a safe and durable road surface for driving when combined with stone aggregates and appropriate polymer binders.

To rival the large asphalt paving machines, the researchers sought to create a more ductile solution to address cracks and potholes forming in worn out or damaged roads. By using the frame and control system from an existing RepRap Mendel 90 3D printer, the researchers began to develop a portable asphalt 3D printer.

Asphalt composites degrade over time due to road usage, oxidation, loss of volatiles, moisture and damage, the paper states. “This degradation leads to increased stiffness of the road surface, cracks forming, stripping, loss of aggregate, and development of potholes.” Using a customized 3D printer, asphalt can be extruded into such crevices, eliminating the need for costly, large-scale paving which can cause traffic congestion.

With an extrusion nozzle 3D printed on a Form 2 SLA 3D printer in Formlabs high-temperature acrylic-based resin, the UCL research team was able to precisely control the flow (rheology) of asphalt upon extrusion. This is a challenging task as asphalt varies in viscosity based on its applied stress or force, thus, it is a non-Newtonian liquid. The paper explains:

“The main difficulty encountered is that asphalt behaves as a non-Newtonian liquid when moving through the extruder. Thus, the rheology and pressure in relation to set temperature and other operational parameters showed highly non-linear behavior and made control of the extrusion process difficult. This was overcome through an innovative extruder design enabling 3D printing of asphalt at a variety of temperatures and process conditions.”

Upon multiple adhesion and deposition tests, the researchers concluded that “as the asphalt pellets traveled through [the] extruder, we [found] the optimum processing variables by carrying out a systematic empirical investigation of the extrusion process.”

“IT IS HOPED THAT FUTURE DESIGNS WITH METAL PARTS WILL ALLOW US TO EXPLORE A GREATER RANGE OF EXTRUSION RATES AND PRINT RESOLUTIONS.”

Furthermore, the researchers believe that this 3D printer has the potential to be used in conjunction with autonomous vehicles or drones to autonomously repair roads and or other infrastructure. This concept is currently being pursued by the University of Leeds, who are pioneering a £4.2 million the Self Repairing Cities project that will use tarmac 3D printing robots to repair potholes and cracks in roads.

The research paper entitled “3D Printing of Asphalt and its effect on Mechanical Properties,” is co-authored by Richard J. Jackson, Adam Wojcika, and Mark Miodownik.